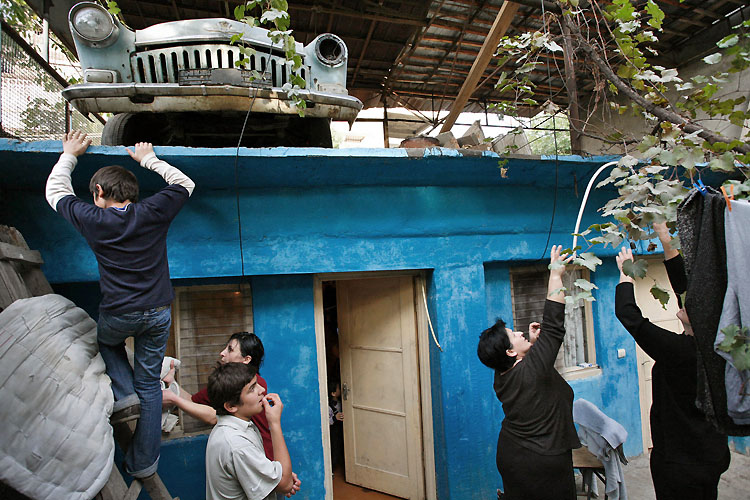 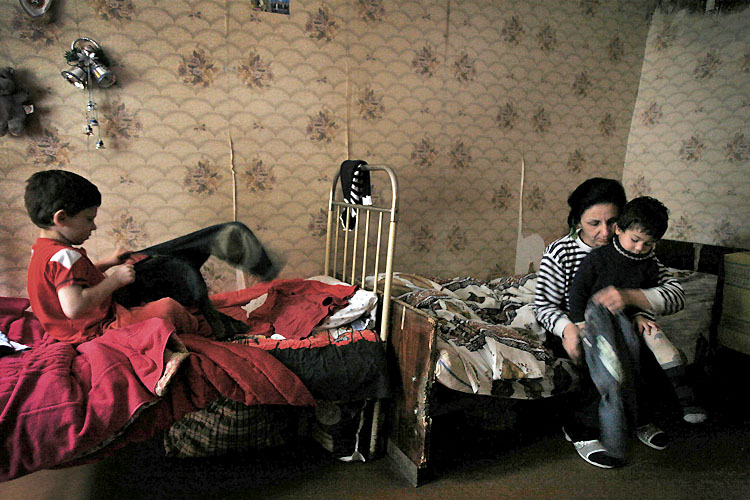 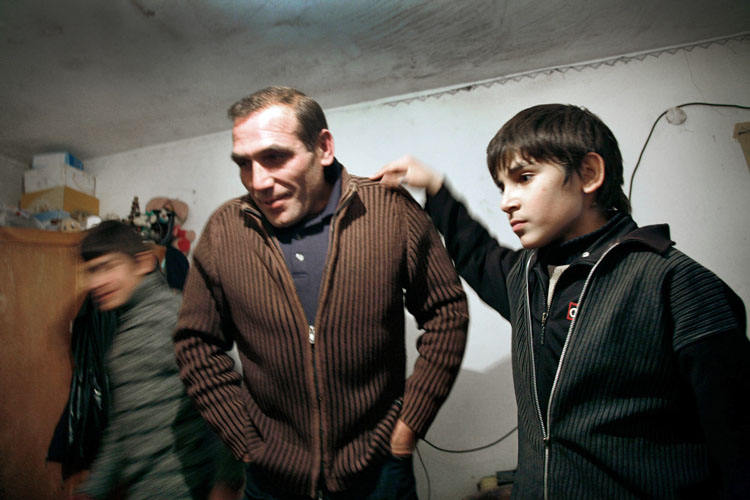 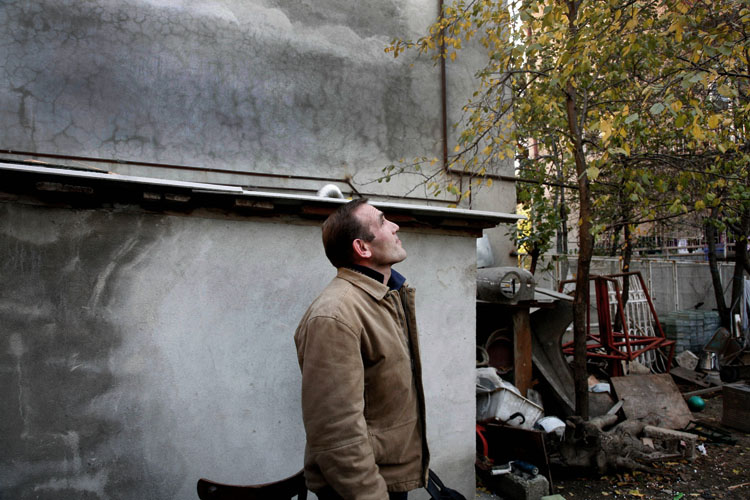 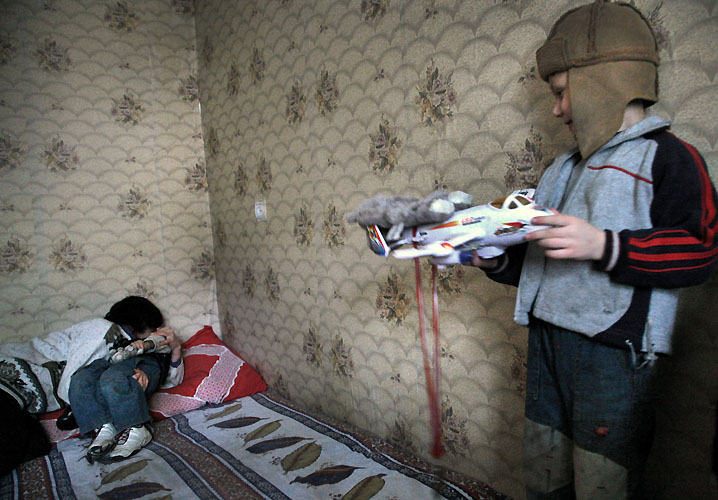 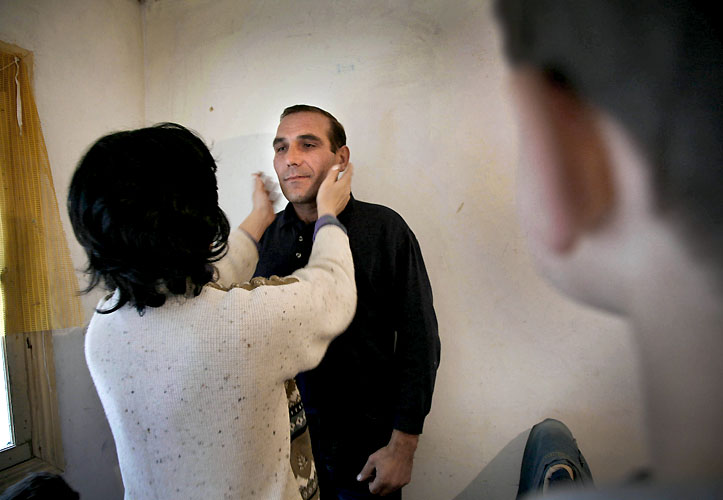 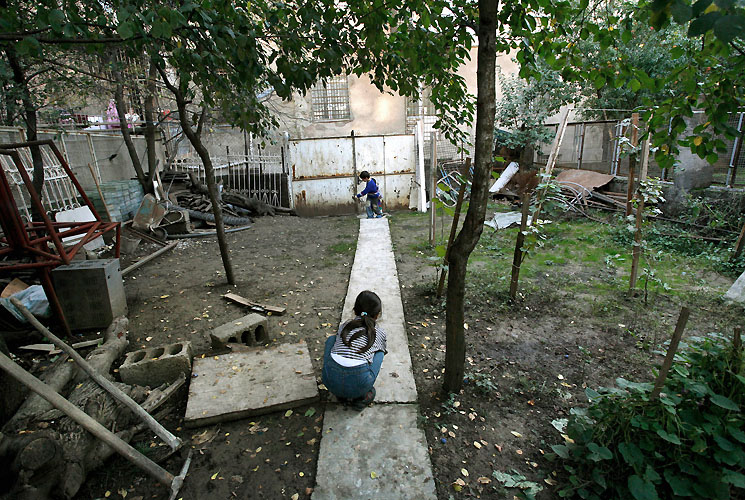 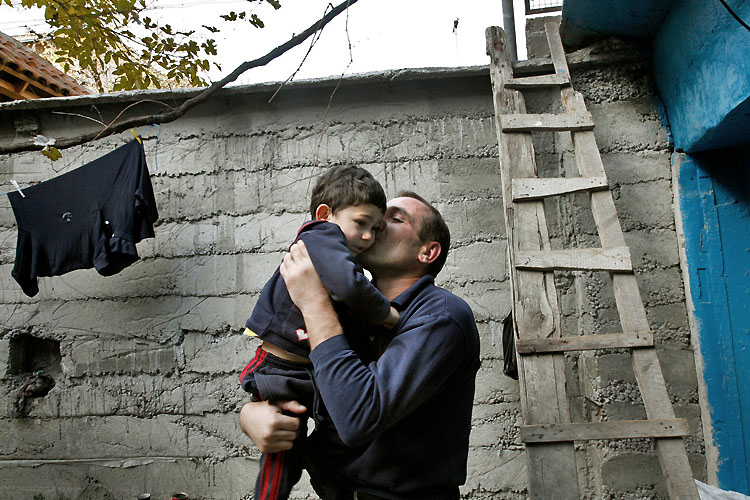 Feature / At the border / Ramaz in Georgia by Justyna Mielnikiewicz

Tamriko’s mother and her two small boys share a small, rundown rented flat in Tbilisi with her sister Nestan, Nestan’s partner Ramaz and their two teenage sons. Several years back, the family had to sell their house to pay off debts. Since then, they have moved from one rented apartment to another. Ramaz, an aircraft construction specialist, lost his job when the factory closed down at the beginning of the 1990s. Since then, he has tried to earn a living as a construction labourer. Every day, he walks to a site where other unemployed men like him wait for a chance to be hired for a day or more, if lucky. In the meantime, he aspires to move to the West for work. Tamriko worked in Poland for many years, but could not earn enough money to send any to her sister, who took care of Tamriko’s two children. A couple of years ago she managed to legalise her stay in Poland and sent for her two children, who have begun to attend school in Poland. Meanwhile, Ramaz struggles to survive. Last year, he split with his wife and became homeless with his two teenage sons. He continues to earn irregular money as a labourer, unable to find steady work anywhere. His sons have had to quit school.

At the border (2006-2007) is a photo-essay describing the illegal labour market in new European Union member states (Poland, Slovakia and Slovenia). Faced with poor economic conditions, lack of jobs and of means of support, many citizens of the former Soviet republics and other countries beyond - from South East Asia to Africa - are forced to leave their homes to seek better opportunities in the “New Europe”. The money they earn and send back home is in many cases the only source of income for their families. These migrants live and work illegally in the new EU member states, surviving in a foreign culture, on the verge of legality. They often do not see their partners and children for years. They make no plans because in their world there is no future. They live from day to day. Book design: Ania Nalecka / TBD and Rafal Milach