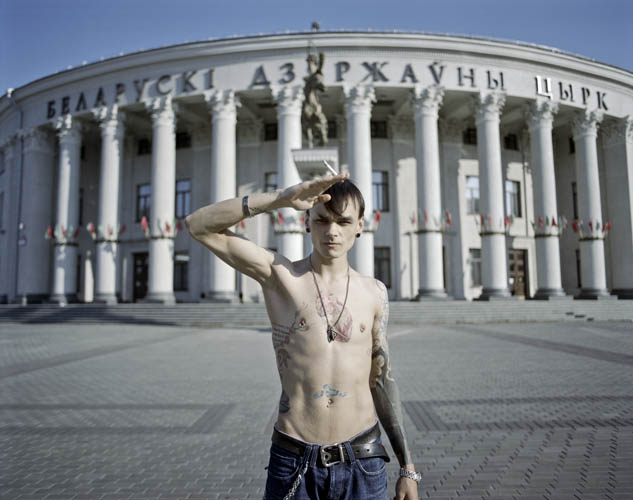 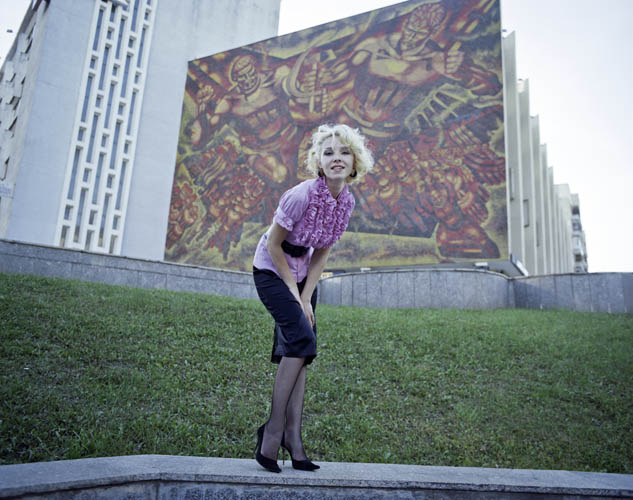 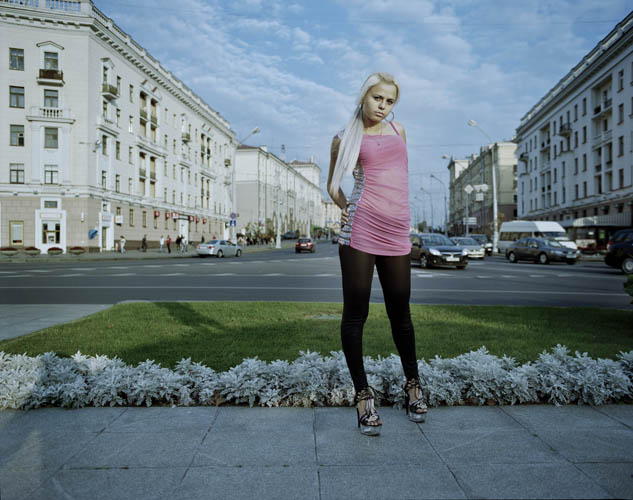 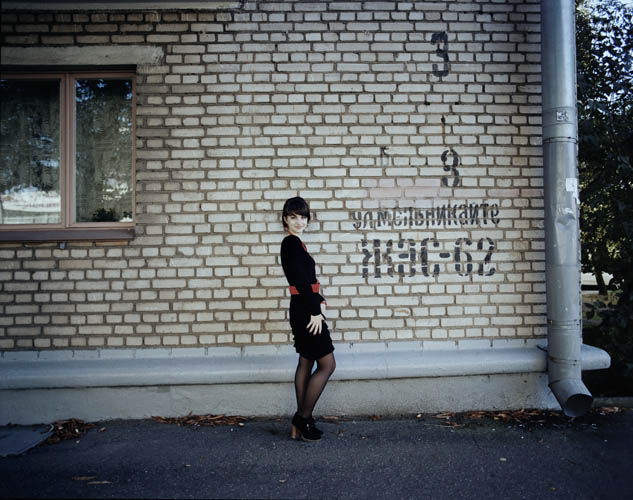 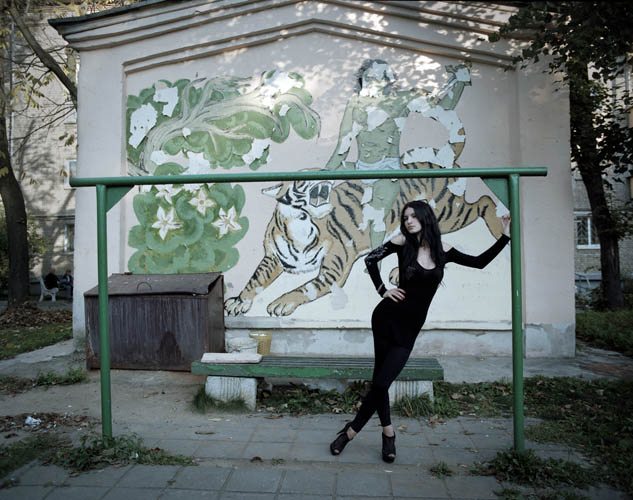 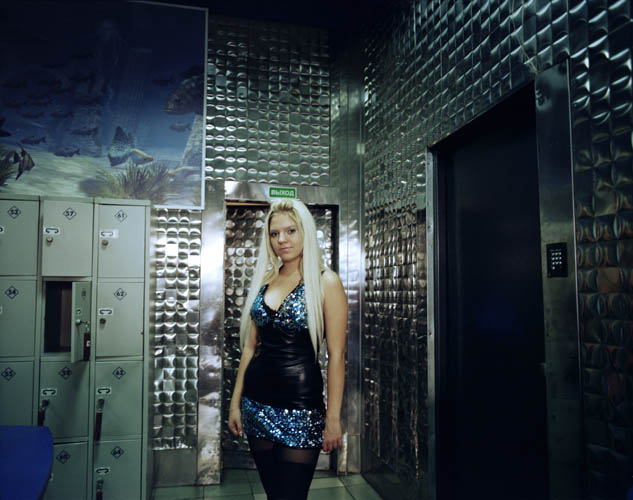 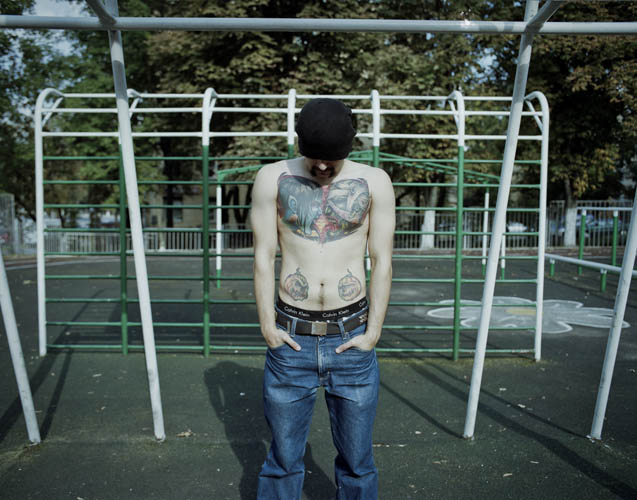 Sasha and I were sitting by a tiled stove, it was very dark. Sasha was talking about the Belarusian soul, about how it was rooted in the Soviet Union and how it was hard to find people who were aware of their roots. Travelling to Belarus, I wanted to understand what type of soul Sasha had been talking about, I wanted to have a look at it. I was hoping it would come out in photographs.
Once there, I started out with what jumped out at first sight – the care Belarusians took in their dress. Carefully selected layers, attention to every detail. I thought to myself that my work would be like discovering matrioshkas hidden one within another, that in the end I was going to find what Sasha had been talking about, somewhere. One of the young people I took a picture of told me that “clothing is the Belarusians’ alter ego”.
This was the first stage of getting to know just who the Belarusians were.

Stand By (2011-2012) Seven Sputnik photographers went to Belarus to see what was hidden behind the statement “the last dictatorship in Europe”. Slowly, layer by layer, they filtered Belarus and discovered it for themselves. The project, during which the material of the book was compiled, went on for two years. During this time the photographers wanted to collect material to show daily life in Belarus, since things that are seemingly distant from the world of politics and the Lukashenko regime are absent from media reports broadcast around the world. As Victor Martinovich writes in his essay on Belarus: “At every turn, you come across examples of a double system; there are two writers’ unions, between 1996 and 1999 there were even two parliaments. Life is hard, but at the same time when you come to Minsk, everything is clean and tidy”. The authors of “Stand By” didn’t want to create a political material. They immersed themselves in daily life, talking about war and memory (Andrei Liankevich, Agnieszka Rayss), modern Belarusian heroes and the language of propaganda (Rafał Milach), the oldest forest in Europe (Jan Brykczyński), fashion (Adam Pańczuk), women who want to marry a foreigner (Justyna Mielnikiewicz). Photographers: Andrei Liankevich, Agnieszka Rayss, Jan Brykczyński, Adam Pańczuk, Rafał Milach, Justyna Mielnikiewicz and Manca Juvan Curator: Andrzej Kramarz Book design: Ania Nalecka / Tapir Book Design